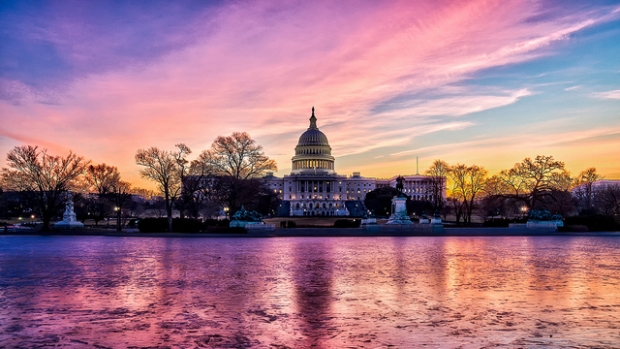 There is nothing like spending a weekend in Washington, DC. Arrival on Thursday afternoon of a holiday weekend means that you are greeted with millions of families and school children on trips, and traffic that you can’t imagine. But who cares about that. You’re in DC.

If you’ve ever wondered if the country has returned to its former glory, visit Washington, DC to see all the new building that is going on. New communities are being developed everywhere you look. Condos loom above city streets, and green spaces are being factored in so that it doesn’t all look like a jig-saw puzzle.

The best thing about DC is  the proliferation of restaurants that have recently opened. More than one can count, and each one trying to be better than then next. It is hard to find a “bad” restaurant in the district. However, mediocre is making a come-back.

For my weekend travels, I decided to try some old favorites and some new. For old favorites I went to Busboys and Poets, a great place to have any meal, although get ready for an energetic crowd. Next, I tried, The Hamilton, a beautifully decorated large restaurant across from the Willard Hotel. The menu at The Hamilton is eclectic and the service is slow. However, it is worth going there just to see the place.  They have a nice bar. I ventured to Columbia Heights to have  brunch at The Heights, a delightful neighborhood restaurant, with great outdoor dining, and food to match.

Every where you look in the District, you see evidence of new construction, and all of it is expensive. New condos, and row houses are re- forming what used to be drab old communities into chic new ones with people out walking their dogs and enjoying coffee at a nearby cafe. One neighborhood that I dropped by was the Navy Yard. It was only a few years ago that this was nothing to look at, but now, it has beautiful condos, green space, restaurants, bars, and shopping areas. Everything that a person could want within a small community.

If you are looking for luxury hotel space, the city continues to build hotels on practically every corner. Trump is remodeling, what used to be the old Post Office Building, to put up a mammoth property, Trump International Hotel,   which sits at the end of 11th St as it intersects with Pennsylvania Av.  Opulent is all one can say about how the structure looks. The hotel will include high-end shopping and office facilities.  The Conrad is building a hotel in DC, and I look forward to the elegance that it will bring to this busy city.

Washington used to be known for its big box and outlet stores. No more. Now,  there are a myriad of designer showrooms that capture your attention and your wallet. The designers that now have showrooms here match those of 5th Ave in NYC.  Store after store provides you with the latest in both women’s and men’s fashion. I would say that this is easily a place where people would fly to for shopping rather than to New York.

While there are still plenty of cars and bicycles in the city, the use of “Uber” is considerably high. People utilize Uber much like a taxi service here, for short and long trips, and schedule black car service when then really wish to make an impression; which is all the time.

Your nation’s capital is quickly becoming the city for the “well heeled.” It is not unusual to find  hotel room rates to be north of $500 per night, and certainly the cost for two to dine out is in excess of $200. However, everyone is there to enjoy themselves, and what a great time you will  have.

I hope that the museums remain open so that the rest of us will have something to do when our money runs out. 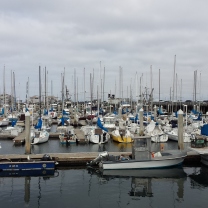 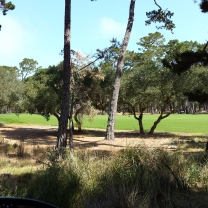 View from along 17 mile drive